Get Every Penny You Deserve!

Stephen Browne Personal Injury Lawyers will fight for your compensation

Make an Enquiry
Home » About Us

Stephen was born in Perth in 1953. He spent much of his early years in Kalgoorlie, where his father was the Federal Member for the seat of Kalgoorlie. His family shifted to Melbourne in 1962, and Stephen went to school there. In 1970 Stephen returned to Perth and completed his final year of secondary schooling at Hale School. Stephen then attended the University of WA where he graduated with a Bachelor of Jurisprudence and a Bachelor of Laws. Stephen then returned to Kalgoorlie and completed his Articles with lawyer and MP, Julian Grill. Following his admission to the Bar, the firm of Grill Browne was established. Whilst in Kalgoorlie Stephen was elected to the Kalgoorlie Town Council. He also played football for the Kalgoorlie football club and captained the North Kalgoorlie Cricket Club. Stephen returned to Perth in 1983 and established the firm, Stephen J Browne. In 1999, the Practice changed its name to its present name, specialising in personal injury law. Outside of the law Stephen is a member of the Sea View Golf Club, where he served as Vice Captain, played cricket for the Claremont- Cottesloe Cricket Club, where he served as a Director.

Stephen is married to Suzette, has three children, Hayley, Andrew and Christopher, and 2 grand children

Courtney has experience in multiple areas of personal injury and insurance law, with a particular focus on motor vehicle accident and workers compensation claims. Courtney regularly appears in the District Court as well as at WorkCover WA.

Courtney has worked on both sides of personal injury litigation, having represented plaintiffs and insurers, including the Insurance Commission of Western Australia on their legal panel, prior to joining Stephen Browne Lawyers.

When she is not at work, you will find her either cheering on the Dockers at Optus Stadium, or spending her time in the outdoors camping, riding her motorbikes, and fishing off the beach.

Allon is a senior solicitor in the firm, working in the workers’ compensation, public liability and criminal injuries compensation sections.

His interests include following AFL (West Coast Eagles), following cricket, cooking, reading, exercising at the gym or swimming laps, history books or documentaries, going to the movies, listening to music and going to concerts.

Mary has more than a decade’s experience working in the legal industry, and was admitted to legal practice in 2013. She studied law at Murdoch University, graduating with distinction. Mary pursued a career in law given it combined her strong verbal advocacy skills and her desire to make a difference in the lives of injured, and often less fortunate, people.

In her personal live, Mary is a qualified yoga instructor and a Sea Shepherd volunteer. She speaks conversational Polish, with a basic reading ability. She is a member of both the Law Society of Western Australia and the Australian Lawyers Alliance.

Victoria has represented both plaintiffs and insurers, including the Insurance Commission of Western Australia as specified personnel on their legal panel prior to joining Stephen Browne Lawyers.

Having spent more than two decades working in workers’ compensation, Lauren McKeown brings considerable experience to Stephen Browne in this complex, evolving area of law. She has particular expertise in representing workers with claims for complex physical and psychological injuries. In addition, she is well-versed in Public Liability law and has represented clients within the practice area.

Lauren is passionate about assisting her clients, who are understandably struggling due to their injuries, to access their entitlements and receive the support they deserve. Her decision to practise in plaintiff personal injury law stems from her time spent working for insurance agencies, where she witnessed insurers denying claims which, on the available evidence, should have been accepted. Now, as a plaintiff lawyer, Lauren’s developed understanding of how insurers work allows her to anticipate and react to attempts by insurers to deny or reduce claims.

Lauren completed a Bachelor of Science (Health & Safety) at Curtin University, graduating in 2002, following which she worked as a workers’ compensation claims advisor for insurers and a self-insurer.

Lauren studied law at the University of Western Australia, graduating in 2007. She was admitted to practice in 2009 and has worked as a lawyer since. A member of both the Law Society of Western Australia and the Australian Lawyers Alliance, Lauren has a well-developed professional network which aids her pursuit of the best possible outcome for her clients.

After joining the firm in January 2015, Chris completed a Diploma of Legal Practice with the College of Law, and was then admitted as lawyer of the Supreme Court of WA in December 2015.

Interests include travelling, playing golf and watching football and cricket.

Claire completed a Bachelor of Laws at Edith Cowan University followed by a Graduate Diploma of Legal Practice with the College of Law.  Claire was admitted to practice as a lawyer of the Supreme Court of Western Australia in 2019.  Claire is currently also studying her Master of Laws with the College of Law, majoring in mediation and dispute resolution.

Claire works in our motor vehicle accident department at Stephen Browne Lawyers, however she has experience in all areas of personal injury litigation.  Claire is also a Branch Committee Member for the Australian Lawyers Alliance and an active member of the Law Society of Western Australia and the Women Lawyers of Western Australia.

In her spare time, Claire is very active and enjoys competitive trail running, cycling, ocean swimming, hiking or spending time with her family and friends.

Prior to joining Stephen Browne Lawyers, Sophie commenced her legal career as a paralegal in 2016 at sister company, Bradley Bayly Legal and was admitted as a practitioner of the Supreme Court of Western Australia in June 2018.

Sophie has also assisted in RSPCA prosecutions, providing advice to the society on a pro bono basis. 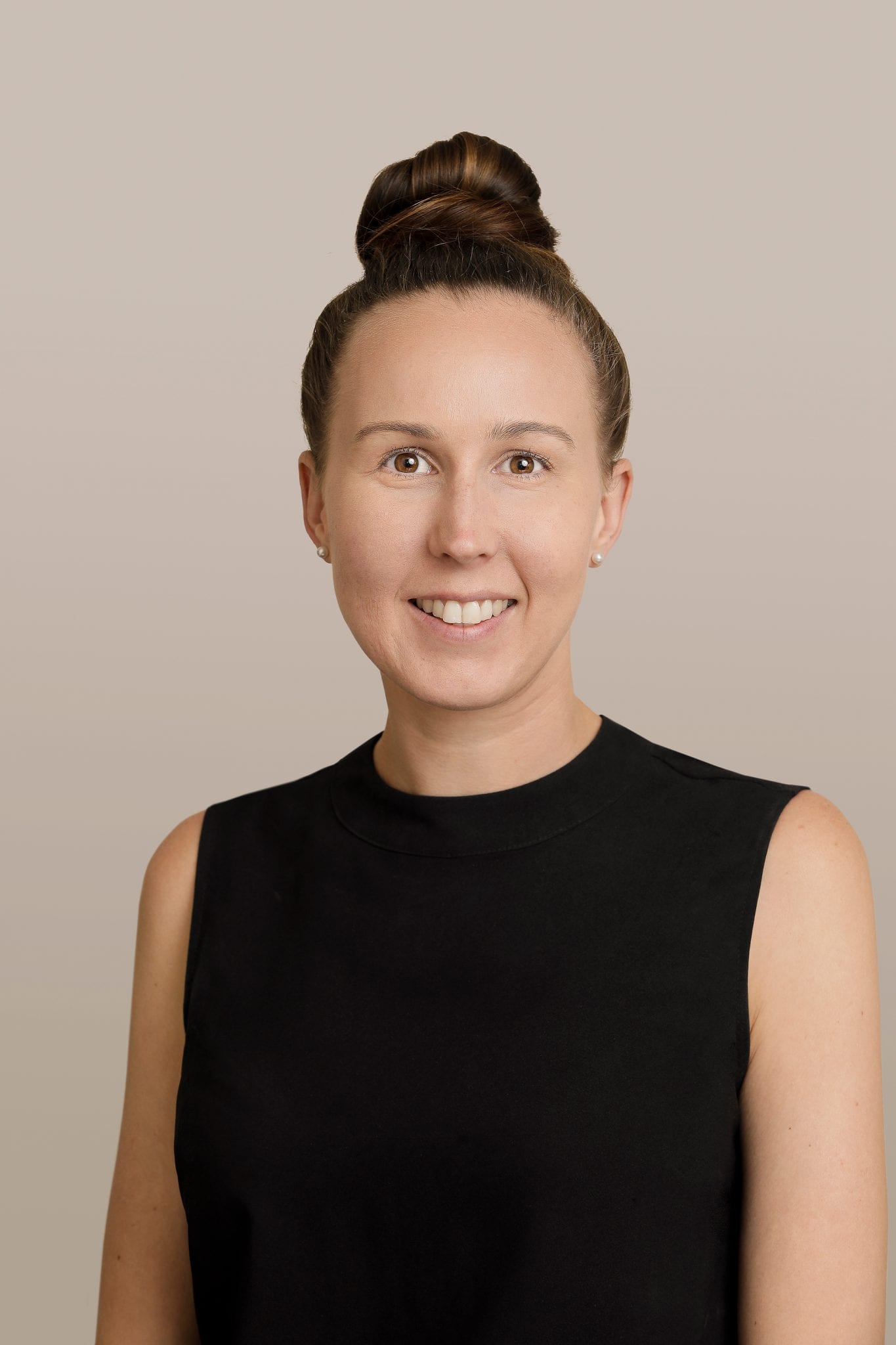 Shannon completed a Bachelor of Laws at Charles Darwin University in 2017, then went on to complete a Diploma of Legal Practice with the College of Law.  Shannon was admitted to practice as a lawyer of the Supreme Court of Western Australia in 2018 and works in the firm’s superannuation and insurance disability claims department, as well as the motor vehicle accident department.

Shannon is an avid traveller and enjoys spending time with her friends and family.

Leanne is a senior paralegal working in the workers’ compensation field.

Leanne joined the firm in 2003. Prior to joining the firm, Leanne had worked as a paralegal in the personal injury area since 1994.

Her interests include renovating her home, her family, cooking and travel.

Jackie is a senior paralegal assisting with litigated matters such as work accidents and public liability claims. Jackie joined the firm in 2014 and prior to that worked for another personal injury firm in Perth for a number of years. Her interests include travelling, going to the gym and reading.

Tina graduated with a Diploma in Professional Legal Studies in 2003. After completing her Diploma, she was given the opportunity to work at a leading law firm in Ontario, Canada. Tina then went on to work for a top general practice law firm in Dublin, Ireland. After a 6 year career with the firm she decided it was time for a change of scenery (and weather) and moved to sunny Australia where she joined the firm in 2012 and was able to utilise her skills in a new challenging environment.

In her spare time, Tina enjoys reading, travelling and spending time with friends and family.

Cheryl is a senior paralegal working in motor vehicle accidents.

Cheryl graduated with a Bachelor of Legal Studies, with First Class Honours in Criminology, from Murdoch University in 2008. Prior to joining the firm in January 2013, Cheryl worked as a paralegal in a prominent family law firm in Perth.

In her spare time she enjoys reading and spending time with her husband and daughter.

Diana is a Senior Paralegal specialising in Workers compensation claims. Diana joined the firm in October 2017 and has over 14 years experience managing claims for several insurers.

Diana has a Bachelors degree in Legal studies and Public policy management from Murdoch University. Diana is keen to pursue further studies in Law.

Diana has only one item one her bucket list and that is to see the entire world. She has visited 16 countries so far. Her ultimate travel destination is Russia.

We welcomed Ana to our team in January 2017.

Her interests include Japanese cars, spending time with her family and her two golden retrievers, Luka and Oscar.

Samantha joined the firm in February 2016 and is currently a paralegal working in motor vehicle accident claims.

Her interests include travelling, music, animal welfare and her staffy, Brandi.

Ashlee joined the practice as a Paralegal in August 2016. She works in the Worker’s Compensation, Public Liability and Criminal Injuries Compensation departments.

Ashlee enjoys playing netball, spending time with friends and family and taking her dogs to the beach. 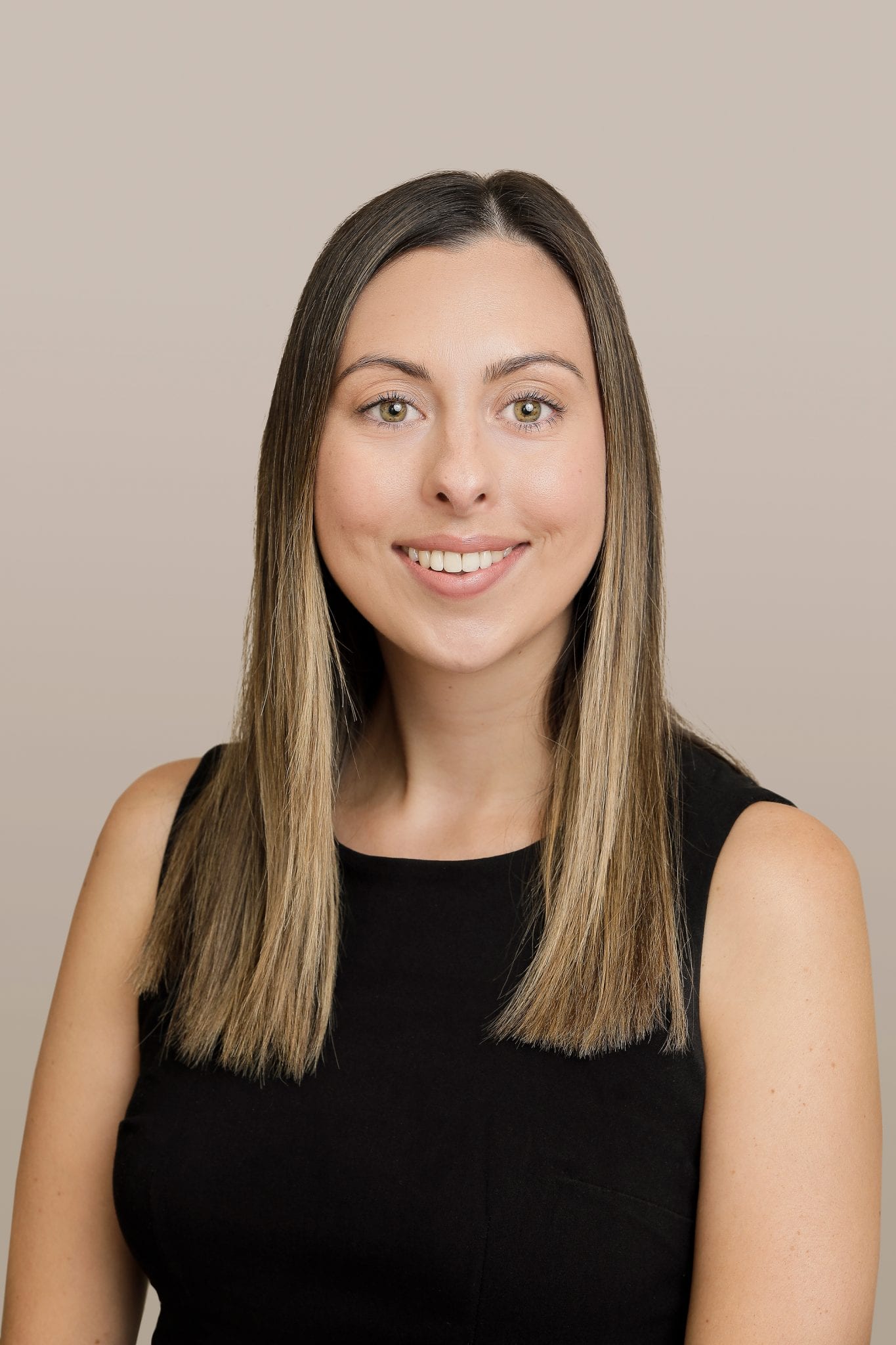 Stephanie is a paralegal within the Motor Vehicle Accident claims department. She joined Stephen Browne Lawyers in May 2017 as an Administrative Assistant.

Her interest include travelling, AFL (Go Tigers!) and spending time with her family and friends in Melbourne.

Elisabeth joined Stephen Browne Lawyers in January 2017 as a paralegal working in the motor vehicle accident claims department in our Joondalup office.  Elisabeth has extensive experience in personal injury claims and has worked in various personal injury firms both in Perth and in Victoria (plaintiff and defendant), spanning over 18 years. She is currently assisting Victoria Branson managing the motor vehicle accident claims at the Joondalup office.

Her interests include spending time with family and friends and travel, both domestic and international. She is a mad West Coast Eagles supporter as well as the F1 and various other sports.

Adelle is a paralegal working in the superannuation and insurance disability claims department.  Prior to joining the firm in 2019, Adelle has worked at various personal injury firms, amounting experience spanning over ten years.

In her spare time, Adelle enjoys going to the beach and keeping active at the gym, and spending time with her husband and son.

Nicole is a Paralegal who works in our criminal injuries compensation department.  She has worked in personal injury law since 2008 and has experience in all areas of personal injury litigation.

Nicole completed a Diploma in Legal Services through Victoria University in 2015.

Her interests include going to the beach, travel, training at the gym and spending time with friends and family.

In her spare time, she enjoys Pilates, travelling and spending time with family and friends.

Andrew is the General Manager.

Andrew received his Bachelor of Science degree from the University of Western Australia before joining the firm in 2009. Since that time, Andrew worked in a number of legal & support roles at the firm before assuming the General Manager position, a role that he also performs at several other personal injury practices in Perth within the Shine Justice group.

Andrew’s interests include football, golf, travel and going to the beach with his labrador Dennis.

What Our Clients Say…

Over the last 30 years we have worked hard to deliver our clients outstanding results and ensuring they get the compensation they rightly deserve.

Thank you so much for going above and beyond the call of your job and really caring about my health and situation. I wish you the best of luck in the future and hope you get back a bit of what you give out every day to all your clients./p>

I have received the compensation which is much more than I expected. I still need some exercise for my back, but luckily I have almost recovered 100%. I believe this is a gift from God. Thank you again for your friendly and professional work.

Very happy with the service and help I received with my case. Would definitely recommend Stephen Browne Lawyers to anyone seeking a lawyer. They were upfront about fees and the sort of outcome I could expect. Special thanks to Cheryl!

Contact us today and book a FREE no obligation consultation